I went knowing that I would be dropped. Honestly, I expected to be miserable and get shelled. I was headed out to ride as fast as I could (maybe even faster than I could) with a bunch of Cat 1 and 2 racers at the newly restarted Wednesday Night Worlds (wNOLAw). My friend, and local cycling legend, Kenny Bellau runs the ride, and seeing as how he has showed the STCC much love and support, I figured I would return the favor – as painful it might be to my legs and my lungs.

I went expecting to feel out of place, maybe even unwanted by some, but I knew I’d have Kenny’s blessing to sit in for as long as I could, so I gathered my nerves and headed out the door. When I arrived out at the lakefront start location, I saw a mass of uber-fit men and women who looked fast, riding bikes that looked even faster. Kenny introduced us all to one of the other “new” riders in the group – a Cat 1 racer from Holland with some kind of #europro name that sounded like it was straight from the pro peloton. I think my heart rate was close to red-lining before we even started.

But as the ride got going, where I expected to find steely cold racers and personal disappointment, to my pleasant surprise, I found just the opposite. The mentorship and encouragement on the ride was tremendous. Seasoned guys were dropping back through the group to offer pointers to less experienced riders. At one point Kenny was up ahead of me patting a fellow STCC rider on the back, and telling him how well he was doing. I had a guy ride up beside me as I was struggling who told me how good I looked, and offered me some quality advice about cornering and about where to position myself in the pack. I felt welcomed by the group, and more importantly, felt worthy of riding with them. 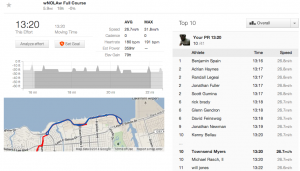 I am not a fast cyclist, but I rode two very fast laps in this race. My Strava numbers reveal an average speed over the 6 mile loop that I would not have thought myself capable of. I attribute this almost directly to the quality of riders in the group. It is fundamentally easier to ride fast when you are riding with a group of cyclists that know what they are doing. This was a pro group – an organized pack of guys riding fast and close. It was thrilling to be a part of.

Alas, however, I came unglued over the last hump on to the levee after 2 1/2 of the 3 lap race,  and bid a silent farewell to the group and my first attempt of wNOLAw. But I loved this ride, and I will be back… and I’ll try to hang on a little bit longer next time. 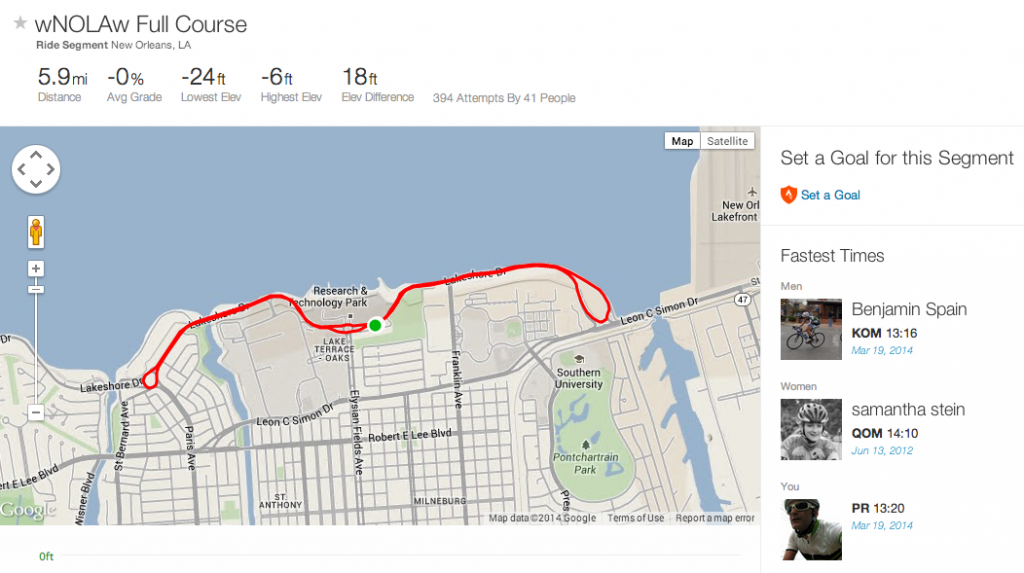